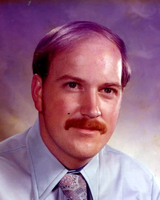 Athens Gary L. Tippie, age 77, of Athens died Thursday, Aug. 4, 2022 at The Ohio State University Hospital, Columbus after an accident at home. Born Aug. 28, 1944 in Athens, he was the son of the late John "Slick" Tippie and Etta B. Young Tippie.

A graduate of Athens High School, he attended Hocking College. He was employed in sales at Stanley's Shoe Store, Super Duper Grocery (dairy and frozen food manager), Gribble's Chevrolet (where he won several sales awards), Don Wood Automotive, and as a delivery driver for the O'Bleness Pharmacy. He was a member of the Kingdom Hall of Jehovah's Witnesses, Athens South. He was an avid sports fan and enjoyed reading books about history and Native Americans. Earlier in life he enjoyed hunting and fishing.

Gary is survived by his wife of 43 years, Rebecca "Becky" Jarvis Tippie; and his son, Micah Bartholomew Tippie.

Besides his parents he is preceded in death by two brothers, Mount Tippie and Charles Tippie.

A memorial service will be held August 20th at 2:00 p.m. at the Kingdom Hall of Jehovah's Witnesses, Johnson Rd., The Plains, with Gamon Chambers officiating. Arrangements are with Jagers & Sons Funeral Home, Athens. Condolence may be sent to the family at P.O. Box 1011, Athens, OH 45701 or online at www.jagersfuneralhome.com. In lieu of flowers, contributions may be made to the American Cancer Society. Gary Tippie